Primary - Election in which voters decide which of the candidates within a party will represent the party in the general election.

Delegate - votes in a primary election, typically votes how the people vote, then takes these votes to the party’s national convention

Electorate - citizens who are eligible to vote.

Incumbent - An elected official who is currently serving in office.

What is the difference between a primary and a caucus, and why should we care?

Every four years Americans engage in the democratic process of electing the highest office in the United States, the President. You have been studying the branches of government, political parties and the requirements for running for the office of President. In most election years, if the incumbent (current President) has only served one four-year term, they are eligible to run for re-election. The party not currently holding office will engage in a series of political activities known as primaries or caucuses. It varies from state to state, so you will need to examine which procedure your state follows.

Take a few minutes to view this video from USA Today about the election process.

Primary Process:  Your teacher will distribute paper ballots to each student.  You will vote, without discussing your views, on the candidates presented.

Your teacher will randomly select 3 students to collect and tally the votes. All other voters should remain seated and quiet during this time. If necessary, a tie-breaker may be held if 2 choices receive the same number of votes.  Once a clear winner is determined, the teacher will announce the winner.

Take a look at this animation from Politico to learn about America’s original method of choosing a presidential candidate, the caucus. 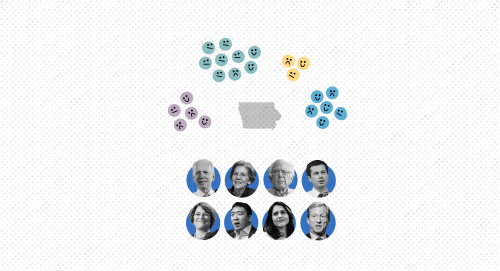 An illustrated guide to the Iowa caucuses

How they work and why we still do them

Next, you will participate in an activity called Vote with Your Feet. Your teacher will pose the same list of candidates as you voted on with the primary election. This time, your previous choices will be posted on signs in 4-5 distinct locations around the classroom. When your teacher gives you permission, you will immediately go stand under the sign which most closely aligns with your point of view. There should be no discussion, just movement during this time. One everyone is relocated and makes their position known, each group will have one minute to discuss, and 30 seconds to have a spokesperson for the group give an “elevator speech” trying to convince members of the other 2 groups to join their “caucus.” After all 3 groups have pitched their ideas, voters will have 15 seconds to move to another group. If neither group has a 50 majority, a second round of “elevator speeches” may be used to further persuade voters to change their minds. After a 2nd vote, (again, 15 seconds to move—if you so choose) the teacher will determine if another round is needed.

Once your class has finished, you will do a Quick Write and reflect on the 2 activities you just participated in with your classmates. 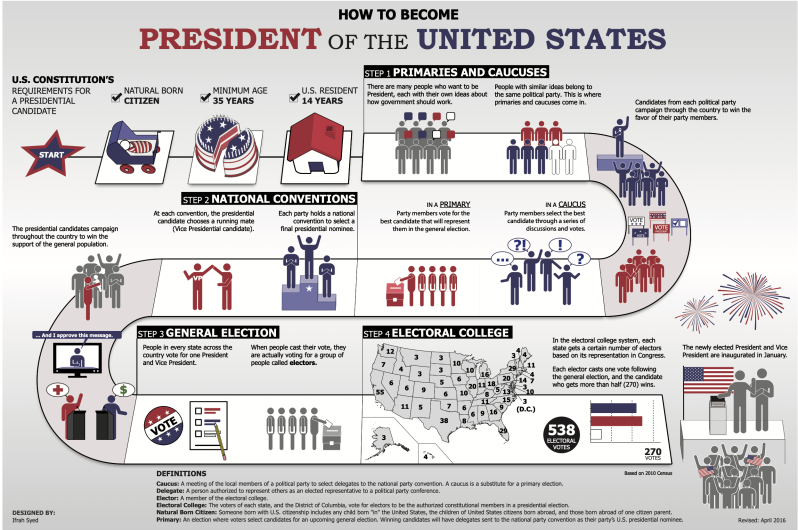 How to Become President of the United States
USA.GOV

Is the current system of primaries and caucuses still the best option for electing the president?

Examine this infographic (poster) from USA.gov—look very carefully. Think about the previous video you viewed and the voting activities you participated in earlier. The infographic reviews basic vocabulary and qualifications for the presidential candidates. It also shares information about next steps after the primaries and caucuses, including the official nominations of candidates at the parties’ national conventions, general election and the electoral college.

Turn and talk to a partner, discussing your thoughts on the infographic.

Here is a short video from USA.gov which gives more information about the infographic.

Watch the video first, then discuss these final questions with your partner.

﻿Your teacher may ask you to record your answers on an exit ticket.

What can we learn from historic election patterns?

During the early years of the Republic, caucuses were the preferred way for leaders of the new nation to nominate candidates for elections. Political parties informally began the caucus tradition following George Washington’s second term as the first president. Over time, the caucuses became more complicated and less popular, as the primary process emerged and eventually replaced them in most states. In modern elections, some political analysts and news media have used the earlier primaries and caucuses almost like a weather forecast to try and predict the possible outcomes of these political races.

In 2020, the Washington Post’s Made by History team decided to enlist the help of historians to develop “The Historians’ Guide to 2020,” an ongoing series of history-based articles aimed at exploring the ins, outs and implications of the 2020 election. The first article takes a look at the history of the Iowa caucuses.

Read this excerpt from historian Amber Roessner, Why the Iowa Caucuses May Elevate An Underdog, on Bunk: https://www.bunkhistory.org/resources/5525

Notice the related content to the right of the excerpt. The stack of cards contains other articles, maps or content somehow connected to the original article on the left of the screen. As new content is added to Bunk, the related content and number of cards/connections (indicated by a gray number) will vary. 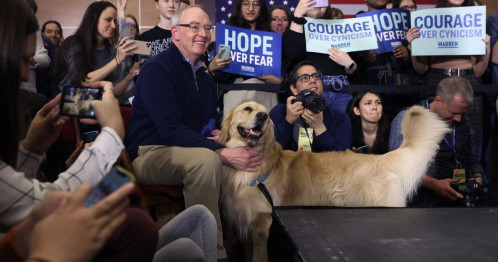 Why the Iowa Caucuses May Elevate an Underdog

History shows that this blockbuster event is merely a test of organizational strength in one small state.

Why the Iowa Caucuses May Elevate an Underdog, an excerpt from Made by History's #HistorianGuidetoElections2020 on Bunk History
BUNK HISTORY / WASHINGTON POST

The connection icons located to the left of the cards here represent Idea, Person, Place and Time, which refers to a connected article from a different time period. These icons and the connected articles you see on the screen may change over time as new content is added to Bunk.

Notice how the screen changes.

Select the “How Connections Work” icon and “Learn More” to read about how Bunk makes connections to its content. Return back to the elections excerpt by using your browser’s back arrow. 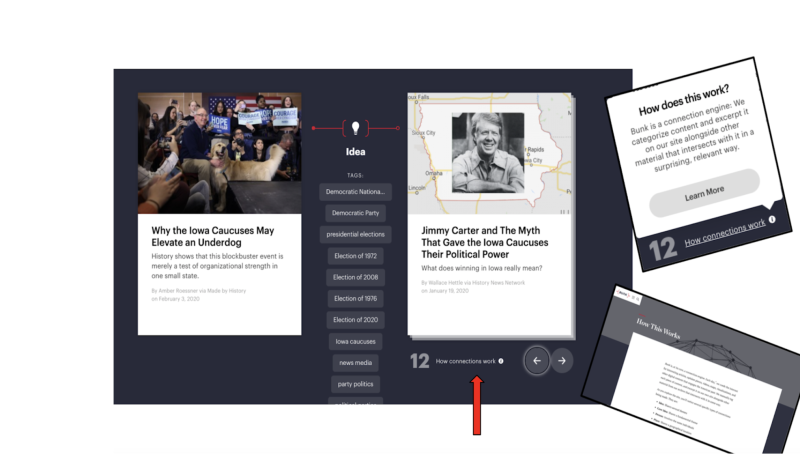 Why the Iowa Caucuses May Elevate an Underdog, How to make connections on Bunk History
BUNK HISTORY / WASHINGTON POST

Take some time to explore this and other connections to the original excerpt from Historian Amber Roessner. Notice how each of the connections icons (Idea, Place, Person, Time) leads you to a new stack of cards with different articles and topics. Each of these topics in turn has a list of “tags” below the icon to help guide you towards new and different content. Select at least one other icon and/or tag related to elections, primaries or caucuses to explore. Read one or more excerpts of related content you find. If time permits, you may select the “View on...” button to read the full articles on their original sources.

Use the Think, Pair, Share strategy to reflect on what you read; first on your own, then with a partner, then with another set of partners in a small group.

Is the current system of primaries and caucuses still working for American voters?

The primary and caucus system has been a part of U.S. politics since almost the beginning of the nation. Some voters question if the system is broken. Does the election process, including the primaries and caucuses, and nominating conventions really help American citizens select from among the best-qualified candidates, or is the system broken? This second piece from the #HistoriansGuideto2020 delves into these questions. Historian Bruce J. Shulman explores the way these processes have evolved over the years.

View this excerpt on Bunk. 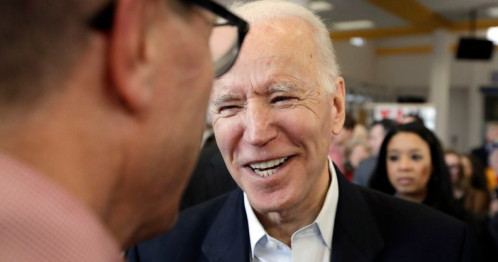 A Century of Reforms Made Iowa and New Hampshire Presidential Kingmakers

But did they backfire? 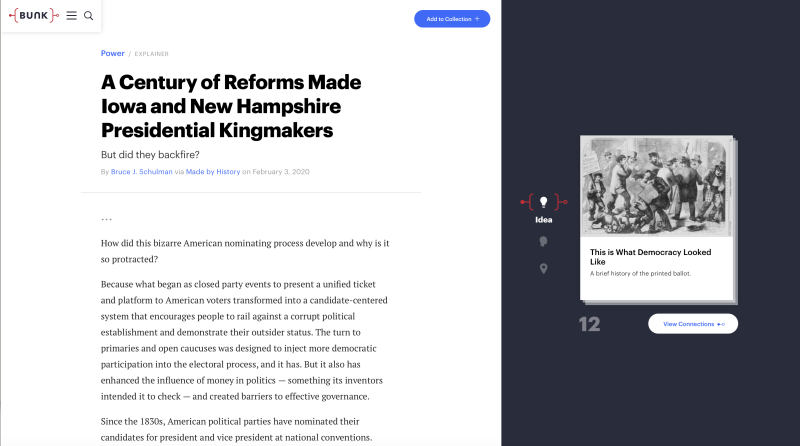 A Century of Reforms Made Iowa and New Hampshire Presidential Kingmakers, an excerpt from Made by History's #HistorianGuidetoElections2020 on Bunk History
BUNK HISTORY / WASHINGTON POST

Take some time to explore the connections now that you know how Bunk works! You will be building a collection* of articles to help you answer the question, Is the current system of primaries and caucuses still working for American voters?

To build a collection, you will need to scroll down to the bottom of the excerpt from Historian Bruce J. Schulman and locate the Add to Collection button.

How to add a Bunk excerpt to a Collection.
BUNK HISTORY

How to annotate a note in Bunk Collections.
BUNK HISTORY

You will see a box labeled “Add a note.” This is where you will annotate, or write a brief description of how this excerpt helps you answer the question. Be sure to save your note using the green Save Note button. If you decide you want to remove an excerpt from your collection, you can return to the excerpt and select the red “Remove from Collection button. 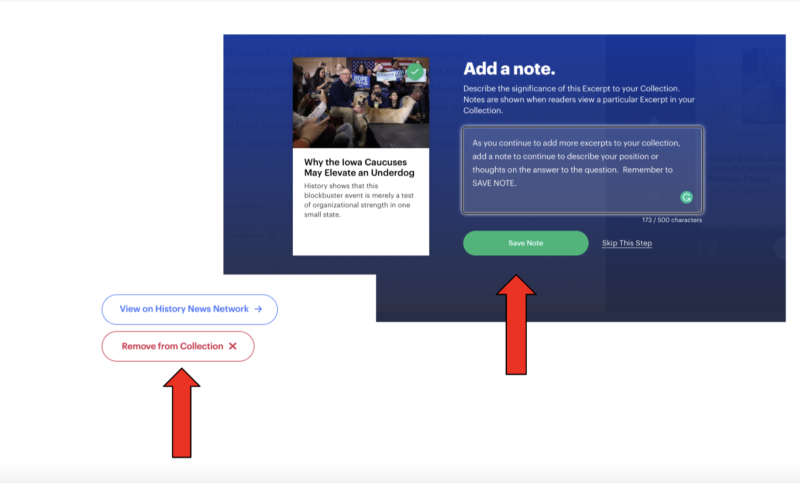 How to Add, Save and Remove an excerpt from Bunk Collections.
BUNK HISTORY

Continue adding 3-5 excerpts to your collection, exploring the connections on Bunk and annotating each one. Be sure you are saving as you go along. Once you are finished, you may locate the blue bar at the bottom of your screen and select finalize. You MUST save and finish this during one class period.

How to finalize a Bunk Collection.
BUNK HISTORY

You will need to give your collection a title, and add your name and teacher’s name/class period. You may reorder the excerpts, and edit or delete a note or excerpt until you are satisfied with your work. Be sure you SAVE CHANGES before you select the green Complete Collection button.

You will need to use an email address to share or retrieve your collection. For safety reasons, your teacher may choose to have you use their school email address, or they may use the Assignment feature instead of Collections on Bunk.

Keep checking back on Bunk for more content from the #HistoriansGuideto2020. You can search for this tag or others you are interested in following. New content is added every day!

*(Note: Your teacher may prefer you to complete an assignment they created in Bunk if your school does not allow students to access email. This is similar to the Collections feature in Bunk).

This map will be a useful resource to track the primary and caucus results over the course of the 2020 election. 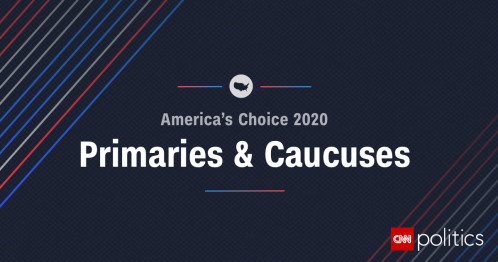 View 2020 primary and caucus results, interactive maps, poll information and candidate fundraising totals in each state and US territory.

"An Illustrated Guide To The Iowa Caucuses". 2020. Politico.Com. https://www.politico.com/interactives/2020/iowa-caucus-how-they-work/.